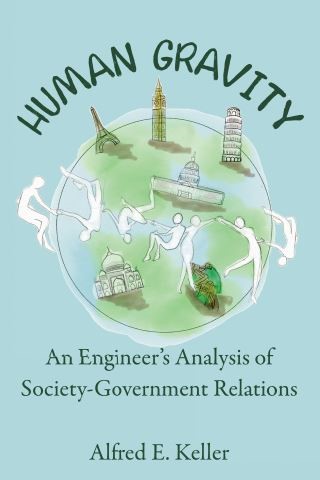 An Engineer’s Analysis of Society-Government Relations

Humanity lives inside 4 unyielding constraints, the speed of light, conservation of mass-energy, inefficiency in conversion of heat to work, and the law of demand. Society forms to deal with constraint. Government and religion set boundaries for society to deal with modeling and manipulating constraint.

A societal dimension, moral consequence, and a government dimension, fairness, can be developed from mass-energy conservation equations for Society and its Economy. A model is proposed to relate these dimensions developing the Societal Operating Line (SOL) and definition of Productivity.

The stability of a society can be determined by the forces applied to the SOL. A stable society will balance the forces of productivity and order versus the force of adversity. A special case of the forces acting on the SOL leads to the definition of a right, the fundamental building block of a Free Society.

Improving fairness by government taking productivity from society is the basis for the Managed Society. In order to make society fairer, government takes more productivity and reduces the free exercise of rights to the point of demanding complete conformity.

Government’s role in a Free Society can be modeled by comparing the economic function of society with a common engineering structure-the boiler. This role is likened to keeping the boiler water clean by removing contamination through “blowdown”. In a Managed Society, government manipulates “blowdown” to increase its power and influence.

Applying these engineering models helps us to understand the material and energy balances of our societal-government relationship. A Free Society is shown to prosper because of unbound spiritual energy transfer while a Managed Society is shown to be limited by the finite distribution of things.

Al Keller was born and raised in Aurora, Colorado.  He began his engineering career of 37 years after graduating from Colorado School of Mines with BSc. Degrees in Chemistry and Chemical Engineering.  At Conoco/ConocoPhillips/Phillips 66, Al developed several processes for the refining and sulfur processing industries earning 32 US patents.  After his retirement in 2017, Al consults out of his home in Centennial, Colorado.  Al is a Licensed Professional Engineer in Colorado and Oklahoma.